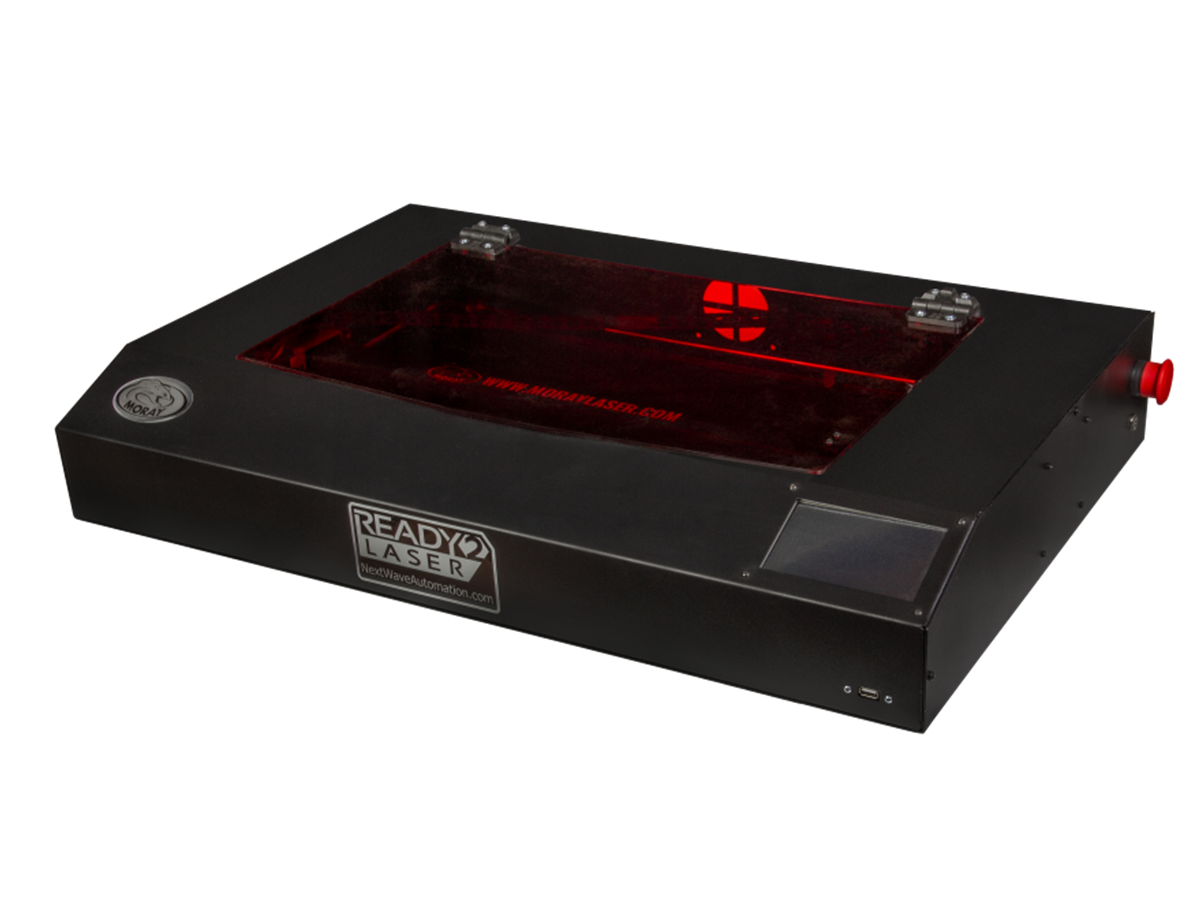 Ready2Laser®, an affordable desktop laser system that has similar functionality of a CO2 system. Ready2Laser® uses a powerful, 7 watt solid state laser diode and includes design software that allows users to create files from almost any image. User can also import images from other software and can raster, trace, and perform light cutting on balsa, basswood, leather and fabrics. Ready2Laser® is Made in the USA

The kit is designed to fully comply with high powered Class 4 laser regulations.

SAFETY: When operating the CNC laser you should always wear the red protective glasses supplied with the unit. The laser should be operated with extreme caution and avoid eye or skin exposure to direct laser light.

OTHER IMPORTANT INFORMATION TO KNOW

All lasers will emit smoke as they burn into the material, while the amount of the 2-watt version is minimal, the 4 and 7-Watt can be considerable. Excessive smoke can shorten the life of the laser diode by clouding the lens causing it to reflect back into itself and prematurely burning it out. We highly recommend using some type of smoke removal system, such as a dust collector, shop vac with Hepa filter, or an exhaust system like NWA item #20138Laser

MAINTAINENCE: You should periodically lightly clean the laser lens with a cotton swab and hydrogen peroxide or a camera lens kit.

Save this product for later
Display prices in: USD